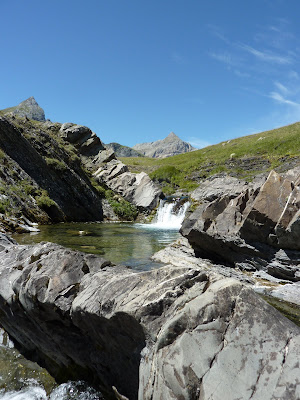 ~Paradise for fishermen, but this pool is a death trap for terrestrials~ 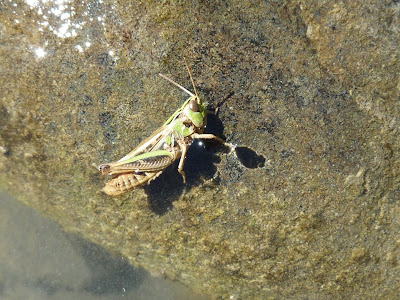 ~A hop too far......many grasshoppers end up falling into mountain streams~ 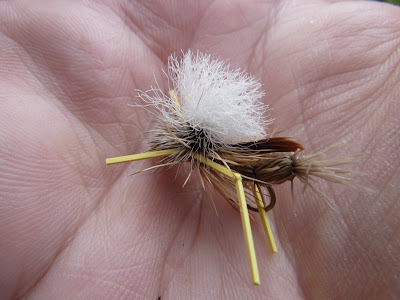 ~Just the job for tempting high altitude trout in the Pyrenees~
Abundant Fly Life:
It's easy to assume that the Pyrenees high mountain creeks are lacking when it comes to fly life. And granted, they might not be the most fertile of environments due to being locked in ice or snow for much of the year. However, when the thaw comes, so do a plague of grasshoppers and other terrestrials. Many of these end up falling to the water where trout are quick to take advantage. Now comes the hard part, having the faith to knot on something totally alien to me, as I'm more familiar with much smaller flies. Thankfully, trout were quick to approve and I needn't have worried!
On more low lying rivers where flows remained high there were extraordinary hatches of a white mayfly called Oligoneurella rhenana. This upwinged fly emerges in its thousands, resulting in the trout having a proper beanfeast. In fact there can be too many naturals present, making your imitation pale into insignificance. Personally, I was happy just to watch such an event unfold. Though come the spinner fall the trout fed much more sedately, allowing me to pick them off with a carefully presented cast.
Paul~
~The lower reaches boasted masses of fly life~ 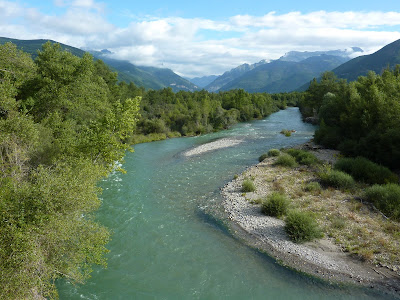 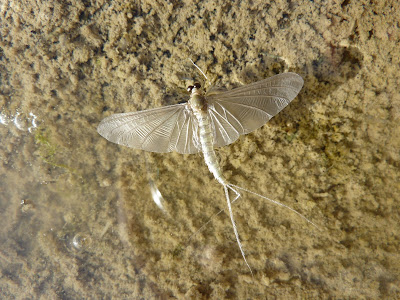