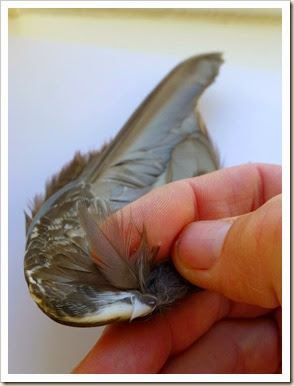 The recent Pearly Butt Bloa I posted on Facebook has prompted several questions concerning hackles? Traditionally, a Waterhen Bloa calls for an under covert feather taken close to the knuckle on the inside of a moorhen wing (right). Sticking to the letter, this was my choice too, until one day a number of years ago when I’d stripped my coveted moorhen wings of this precious bounty…  Some might call me a heathen, others would say I was being tight, but desperate for a handful of flies, I turned to the marginal coverts (outside shoulder) of a wing.  What fell from my vice that day was a bundle of spiders with a certain va va voom.  Whether you agree or not, since stumbling on this I’ve neglected the inside hackles of moorhen wings and instead always reached for those outer feathers.  Why, because they’re a desirable spoon shape with nice webby fibres that catch the light to give off a lovely olive sheen.  In my eyes the finished fly in nothing short of stunning… 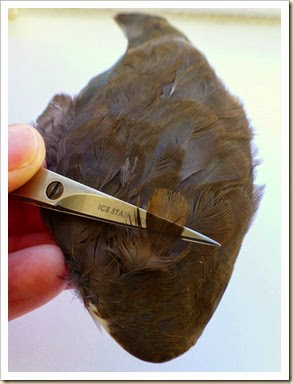 Compared side by side, you can clearly see the difference between hackles from the outside and inside of a moorhen wing.  Naturally, everyone has an opinion, but “you pays your money and you takes your choice” and my cash rests squarely on those dusky, webby hackles found on the upper parts… I understand that from a fly dressing perspective, some of you might stick to the recipe of our forefathers.  If that’s the case, I’ll swap your used moorhen wings which will have their marginal coverts intact for a heap of mine that are loaded with under covert hackles…? 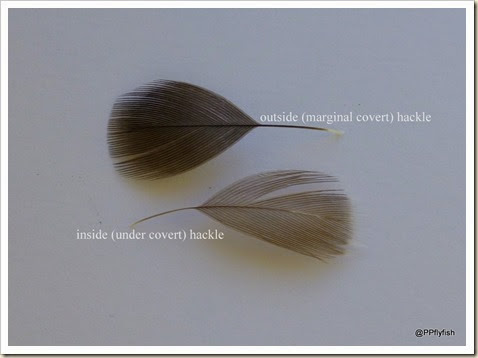 
Prepare hackles by removing unwanted flue from the stem base then gently stroke required fibres forward to rest at right angles of the stalk.  Hackles are best secured by their tip end, just right of where the tweezer points are positioned below.  Two turns is about right for me, but everyone has their own views here. 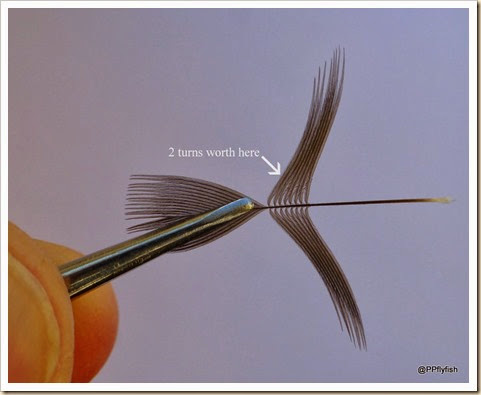 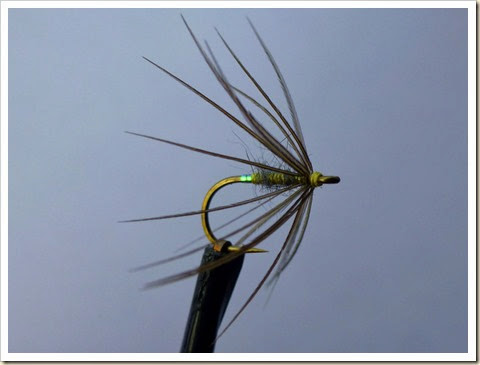