For months now the Aberdeenshire Don has been plagued by snow melt, causing high river levels. Days ago it finally dropped to something like a fishable level and we winged it up there to hopefully catch some action. The March Browns delivered though admittedly, hatches were short lived and it was a case of trying to capitalise on these. Thankfully, we found a quite pool or two where a handful of large trout sought sanctuary from buffeting currents. These were not easily tempted but through sheer determination we eventually connected with some truly magnificent trout. In truth, hooking such fish is only half the battle as you then have a fight on your hands-nerve wracking stuff to say the least!

~A thumping trout for yours truly~ 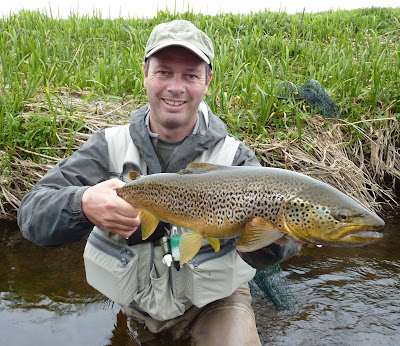 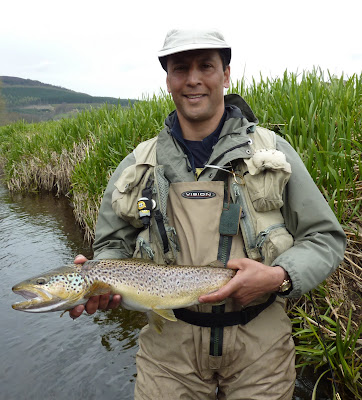