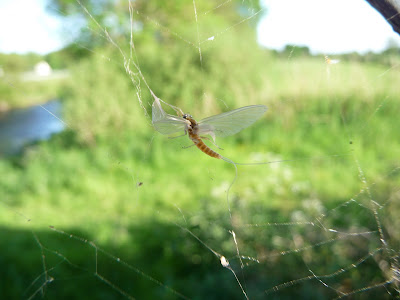 ~An Olive Upright all tangled up~
Olive Uprights Put On a Good Show:
Whilst spring hatches of Large Dark Olives brought up a few fish, at best these could be described as sparse. Even the March Brown hatches were short lived, albeit intense. Thankfully, Olive Uprights have just begun to show in the North and so far we've been treated to sustained hatches lasting from late morning and well into the afternoon. With these encouraging trout onto the fin for several hours the dry fly fishing has been second to none. Better still, Iron Blue Duns have joined in too, making for lengthy spells of activity. These small dark coloured upwinged flies are instantly recognisable by their inky black livery. Let's hope such hatches last for a couple of weeks yet. Though in honesty, these chilly Nor'easterly winds aren't helping matters. When will those westerly air flows return?
Paul~
~This bruiser was sipping down Upright duns at the head of a pool~ 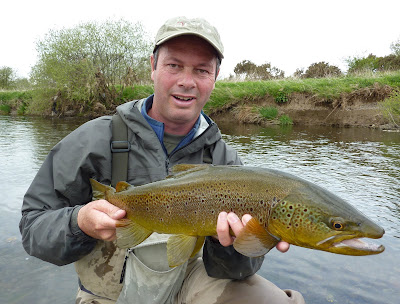 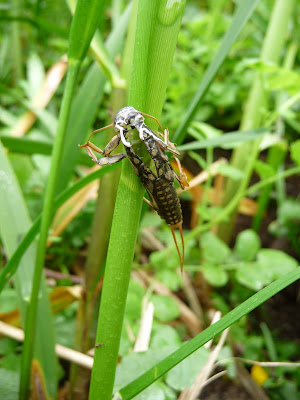