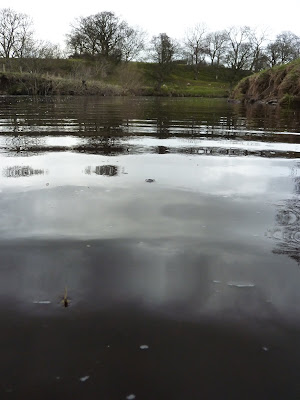 ~Large Dark Olives punctuate the surface of a smooth glide~
Flurries of Duns between April Showers:

Following the success of Good Friday, it was back to the Eden in search of rising trout. Heavy showers not only put a dampener on things the river had risen ever so slightly too. Thankfully though, just after noon a few LDO (Large Dark Olive) nymphs braved the elements and hatched out into the chilly April air. Where the water slowed, sufficient numbers of winged adults gathered to interest trout. Despite rain nearly stopping play, a good few hours of fun were enjoyed. Ranging from 8oz to 1lb 15oz all fish were in surprisingly good nick. I say that, as I'd fully expected trout to be out of conditions after such a harsh winter.

~A solid Eden trout that succumbed to the CdC dry fly~ 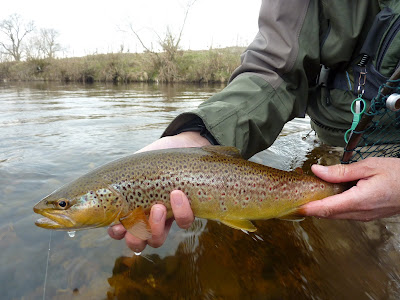 ~A CdC olive dry clamped firmly in the scissors~ 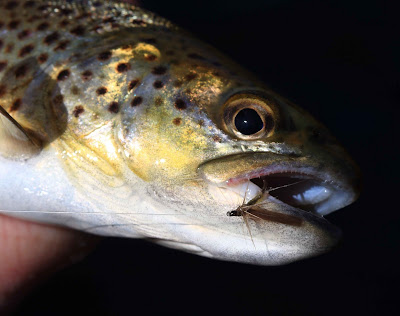