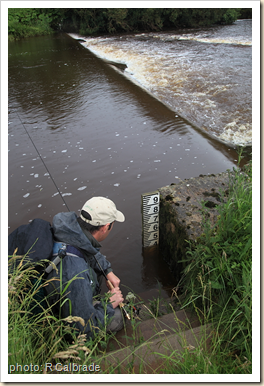 Only months ago forecasters were predicting a drought and hosepipe bans affected many areas.  Trying to keep ahead of the game, my column in Trout & Salmon covered low water conditions and how best to tackle them-talk about open the flood gates… Studying river levels reads like a mountain range as the graph is a series of peaks and troughs.  Sadly, conditions have never got back to what you’d term “ideal”.  Sod it, enough was enough and I had to wet a line.  Two days ago the reading came in at 0.36m yet by the time I arrived this had crept to 0.42m (boarder line).  Before the deluge hit proper I managed a brace of trout on dry fly then a rising water carrying silt called for nymphs or streamers to stay in touch with trout.  Thankfully the fish seemed keen to feed.  That was until conditions were totally blown out at 0.69m, a now angry river.  Drying off, I felt chuffed with my efforts, especially against such odds.   Paul~ 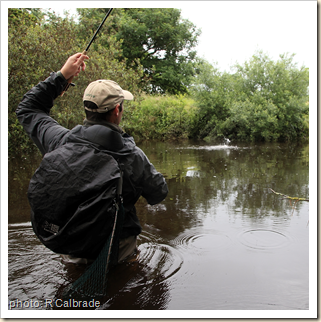 ~One to the dry fly early on~

~Granted this trout may have snapped up something big, but to connect with such fish in adverse conditions is a bonus I’ll take everyday of the week~ 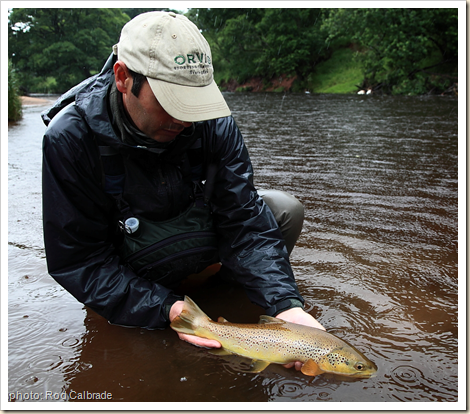 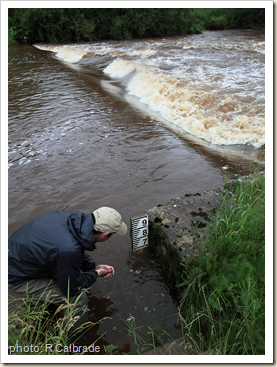 ~Three hours later the reading was 0.68m and our day was done (note the push of water compared to earlier)~