It all kicks off: 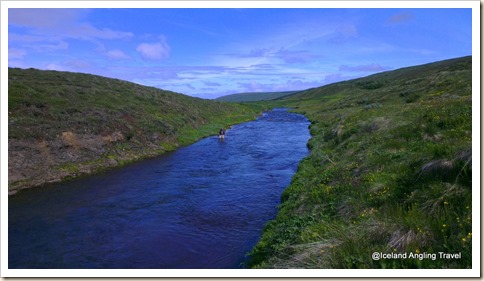 ~Bob Clark making his way up a tasty bit of water~

It’s amazing what a wee bit of sunshine can do, especially when you’re a stone’s throw from the Arctic Circle.  With midge hatching (albeit it briefly…) the trout came hard on the feed and all of our group got into fish.  Bob Clark was first score with some belting trout though he got more than he bargained for when hooked into one particular fish which ran him ragged.  Eventually he got it under control, however this cost him his rod which well and truly exploded during the battle. 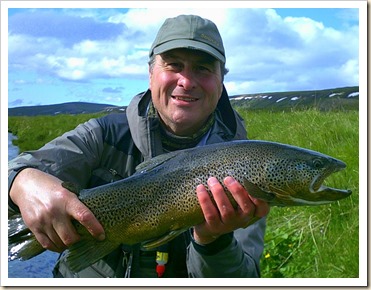 Despite his rod being bust, Bob was all smiles after landing this Icelandic specimen 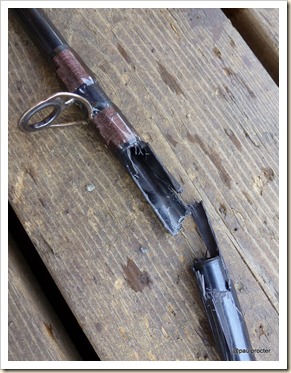