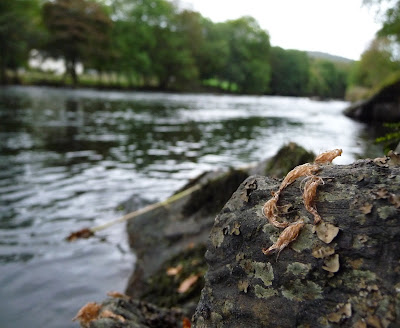 With the closing days of the trout season sadly upon us, it's time to down tools for a last minute campaign by the river. Despite a prolonged dry spell and low water conditions, caddis fly were still prepared to hatch. Although a period of heightened activity leading up to dusk could be expected, it was well worth searching the pools and riffles earlier in the day. A conspicuous elk hair caddis worked through such places yielded some handsome trout. Where a fly presented static failed, imparting a little movement often invoked a response. Literally rocketing up from the depths, trout hit the fly with an impressive turn of speed-real heart in the mouth stuff.

~This spirited brownie latched firmly onto an elk hair caddis~ 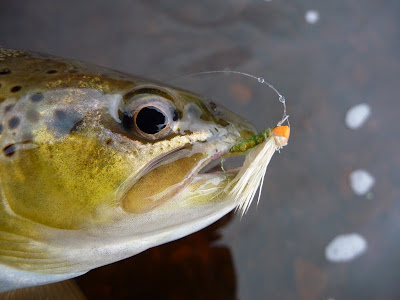 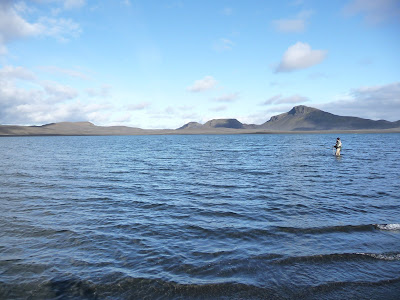 Having clambered around the lake margins, Lee Watts and I set about exploring a featureless Icelandic volcano lake. With little to go at, it was a case of covering as much ground as possible. That old maxim “cast and take a step” served us well. Apparently these lakes are rich in chironomids (buzzers) so using appropriate flies, we set to work. Nymphs and even dry flies tempted trout and what fish they were. Nothing over a couple of pounds but the most intense livery I’ve seen on brown trout for a long while. With little cover for these hardy trout they no doubt rely on reflective properties as camouflage and protection. 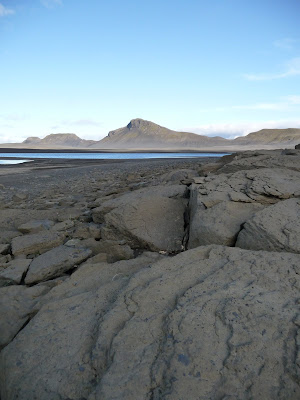 Venturing into the lava fields of Iceland is an eerie experience. I suppose you could liken it to visiting the Moon? Not that I've been there, why bother when there isn't a population of trout! Anyway, this barren landscape does have a stark beauty about it, if not bleak feeling. We were after lake trout that dwell in the many craters and depressions formed by volcanoes. 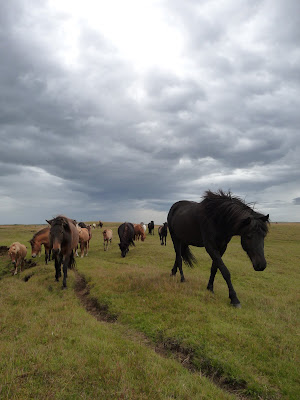 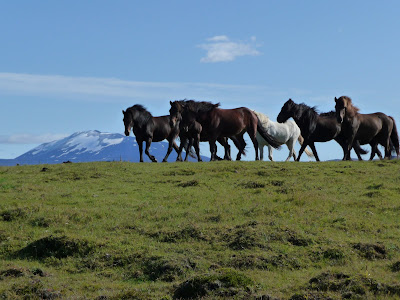 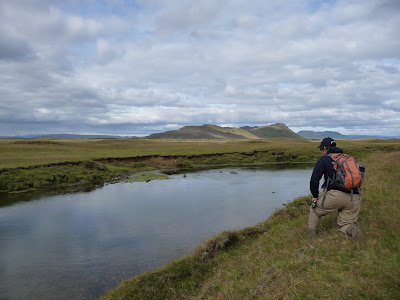 Slowly Does It:
Mat McHugh of Fly Odyssey gave me a valuable lesson in sighting trout in clear water. Mat (above) edges forward slowly on a shallow section of the Minnivallalaekur, checking out every shape on the riverbed before moving on. He located a decent trout feeding close to the bank though before he could cast the fish moved on. Not one for quitting, Mat was back the following morning and duly landed a solid 5-pounder. Proof that sneaking about on hands and knees really does pay dividends. 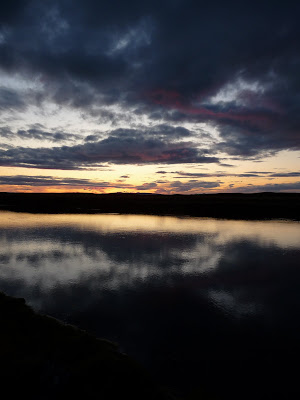 Wide open spaces in Iceland means "big skies" which in turn produces some stunning sunsets. Despite the nagging cold and often breezy conditions, every once in a while the weather smiled and we were treated to scenes like this. Even when the evening rise failed to materialise, it was worth staying out to watch a setting sun slip quietly behind distant hills. 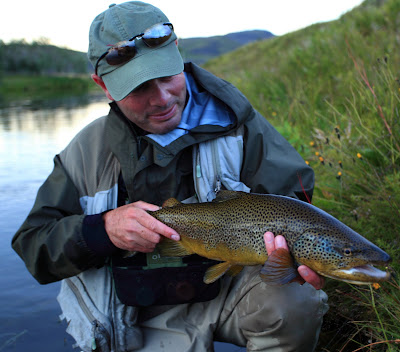 ~photo: Backcast Productions~
Rod Bender Finally Tamed:
Following a nerve racking tussle, this stunning Minivallalaekur wild brown eventually folded in the net, dropping the scales to 5lb exactly. He was discovered feeding a mere stones throw from the Lodge and although the Minni is reputed for its spectacular midge hatches, late season craneflies provide a welcome meal for such hefty trout. It's always pleasing to get a good fish under your belt when visiting foreign climes.
Paul~
Posted by Paul Procter Fly Fishing at 14:48 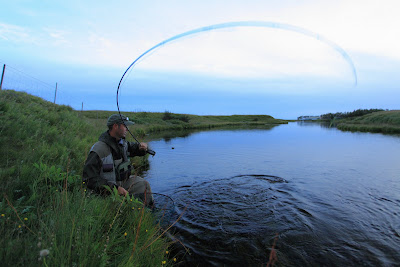 First evening on the Minnivallalaekur saw the wind fall away, tempting a few fish to poke their noses through the surface. This tenacious trout took a dry daddy long legs without a second glance. Hooking him seemed the easiest part, like their Vikings, Iceland's trout are extremely powerful. Here my Orvis Helios 5-weight takes some serious strain as I try to subdue this fish. A couple of runs later the upper hand is gained and he's safely in the net.......phew..... 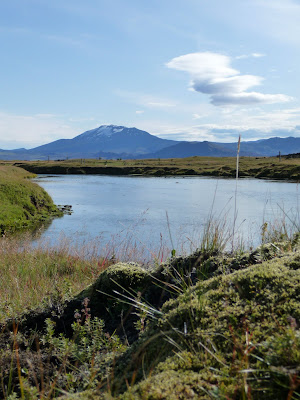 Some 1488 metres above sea level, it's a rare day that reveals the summit of Hekla, one of Iceland's most active volcanoes, which according to the locals is due to erupt in the next few years! Here, she stands guard over the tranquil waters of the Minnivallalaekur, a river famed for producing huge trout. On those rare calmer days, such is the water clarity, it's possible to stalk fish by sight. although the Minni seems barren at first sight, the many silt beds provide cover for midge larvae, giving year round feeding for the finned inhabitants.