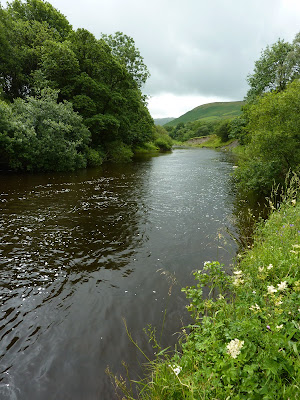 ~A crisscross of foam points to rising water~

It Never Rains but it Pours:

Months of dry weather finally came to an end this week with heavy rain pounding my local rivers. Rising levels made getting out difficult, in fact yesterday was the first window of opportunity since returning home from Iceland a couple of days ago. Although still coloured the Lune had dropped to a fishable height. That said, persistent rain was sure to bring it up again, giving me a couple of hours of sport if I was quick out of the blocks. Spiders and nymphs scored well and a surprising number of upwings hatched off. Modest trout came to hand though I did have hold of something that bit more special before it came unstuck-the big ones always get away! Despite the damp, my day was brightened up by a close encounter with a badger. Undisturbed, obviously, poor light had encouraged this creature out to forage for grubs. I watched him turning over dried cowpats before greedily snaffling up worms, beetles and slugs-amazing stuff and my trip out was worth it purely for this. Rising water eventually pushed me off the river a tad after 4pm. 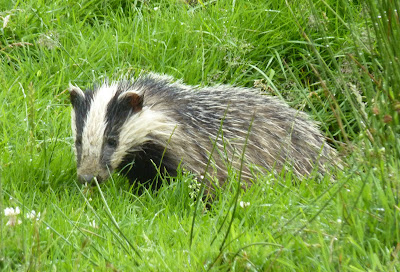 ~Dropping in from above~ 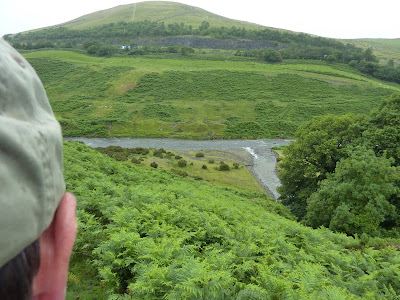