From a Land Down Under: 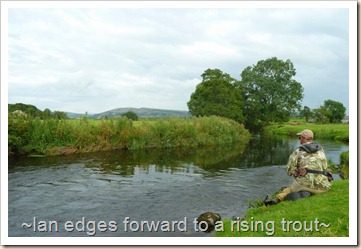 Visiting the Land of the Long White Cloud for the past three seasons, I became very good friends with top New Zealand guide and fishing addict Ian Cole.  Hoping to avoid the NZ winter, Ian planned a visit to the UK for three months, yet all it’s done since he arrived is rain …“talk about out of the frying pan and into the fire”…  Despite high water, Ian was more than up for exploring a few rivers.  Granted, we were pushed to headwaters or tiny side streams, but thankfully the trout showed willing. 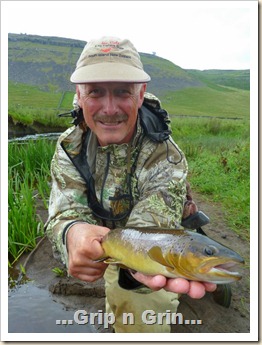 Aside form the obvious factor of modest sized specimens our fishing is very different from Down Under.  Ian couldn’t believe the huge number of trout which responded to a his dry fly.  I too was flabbergasted, as he seemed determined to throw huge, bushy Wulff patterns which the Dales trout went bonkers for. 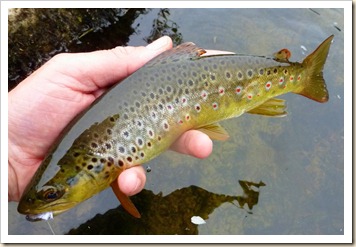 ~Some way short of the NZ apes we encounter though a perfectly formed fish nonetheless and according to my Kiwi friend “trout are trout wherever you are”…a sound maxim to live by.

~Ian: www.fly-fishing-guide-wanaka-new-zealand.co.nz reckons our waters are much more intimate than the brawling rivers of NZ and given free reign he’d happily wander for mile upon mile, annoying the local trout population with that damn Wulff or Humpy pattern of his~ 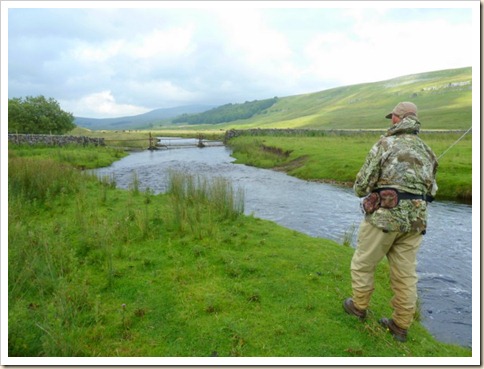