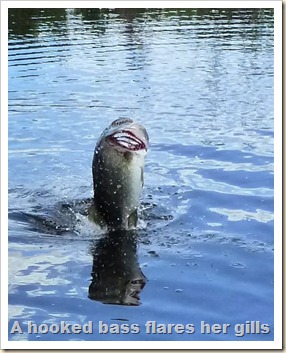 Black Bass are more commonly referred to as “Largemouth Bass”.  Found throughout Florida this voracious predator is aptly named as their gaping jaws allow them to tackle all manner of prey including; frogs, fish, lizards, small snakes, mice and other rodents. Fly Fish Florida’s John Machin www.flyfishflorida.co.uk and I tried our luck on one of the many waterways that crisscross the state.  Using poppers and other surface lures are efforts were rewarded with a string of hard fighting fish. Up close, a decent specimen has a mouth that resembles a bucket.  Best of all not only do these revered fish pull hard they smash into your fly like no tomorrow.

~Big bass are all head and shoulder~ 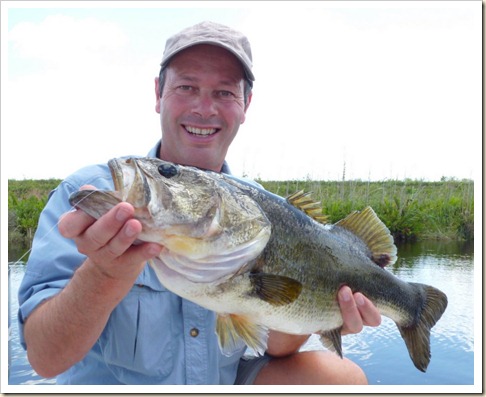 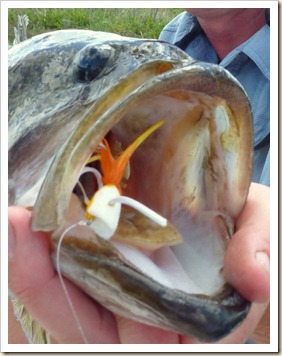