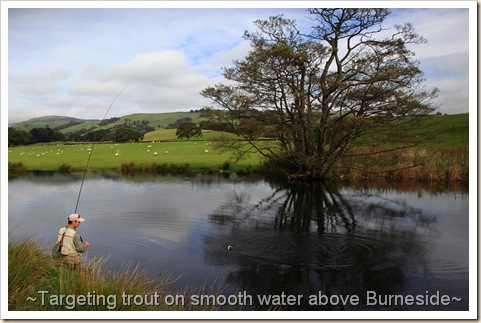 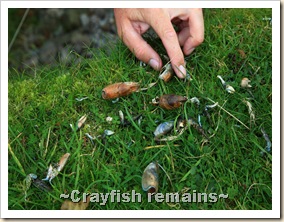 The Cumbria Kent ranks as one of England’s fastest flowing rivers.  Obviously then, any trout that care to live here are best described as “turbo charged” and when hooked, even the wee ones test your knots.  A flying visit to Burneside AA was well worth the effort.  Although little in the way of fly hatched, we found fish willing to take dries with small beetle patterns and olive paraduns producing well.  This system is arguably the last bastion of our native White-clawed crayfish.  Clear evidence that these crustaceans are thriving were their discarded remains left by herons and other predators. 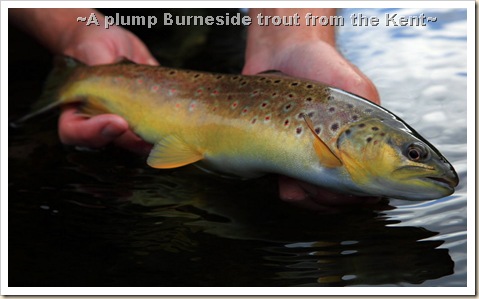