Best of both Worlds… 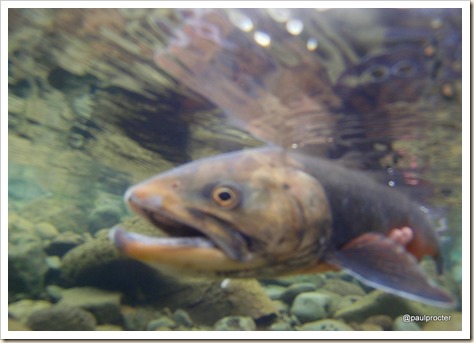 One good thing about sea run char is their willingness to feed in freshwater.  This meant we could adopt a more imitative approach in a bid to winkle them out.  Admittedly, nymphs sporting brightly coloured beads are considered the norm by many locals.  Yet, more subdued patterns worked their magic too.  The fish about to be released (above) was happily munching on nymphs before a black bead head PTN drifted past his nose.  And those that snubbed subsurface patterns often had an eye for a delicately placed dry fly…giving us the best of both Worlds! 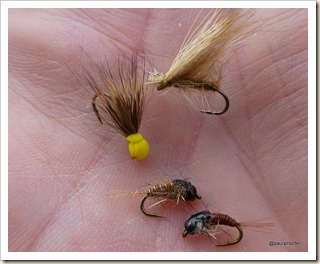 The flies which consistently produced the goods.  In particular, a small black bead PTN worked a treat on more fussy fish or those that flinched at more garish dressings!

I watched this plump fish quietly rising on an inside bend. A size 14 Elk Hair Caddis with a CdC underwing proved her undoing 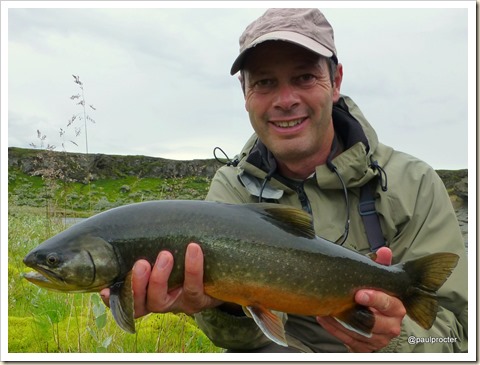