Back on the Browns:

Leaving behind Iceland’s highland streams that are home to Arctic Char, our journey took us to low lying rivers in search of trout.   This is where volcanic lava dust accumulates to make the perfect habitat for midge larvae.  Miniscule these might be, but such tiny chironomids form the staple diet for brown trout.  Granted, a much broader river might have made the art of watercraft difficult, but giving calm conditions (below) the trout went go bonkers of emerging midge. 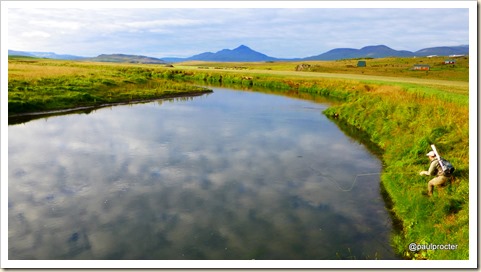 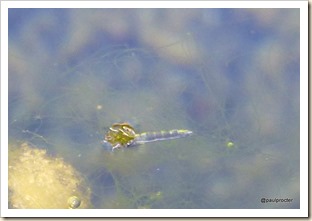 Not that evidence was required, but midge shucks drifting downstream were a sure sign of good sport. 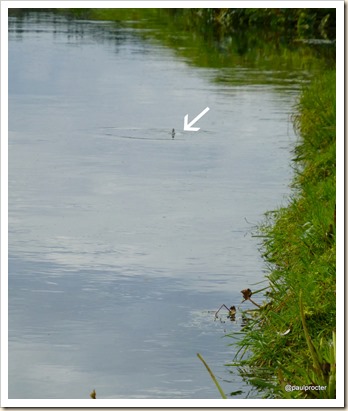 When the surface “glassed out”, fish would station themselves close to banks.  You can just make out the tail lobe of a rising trout as it slips back to its lie.

The fish in question, not a trophy be Iceland’s standards, but it’s a stronger willed man than I who would turn his nose up at such trout… 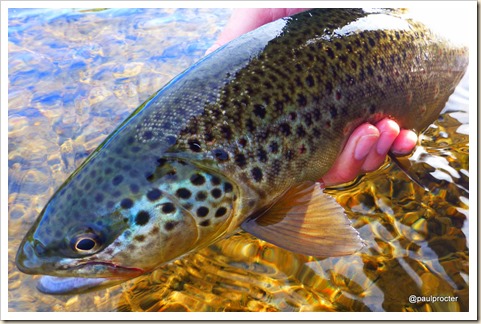