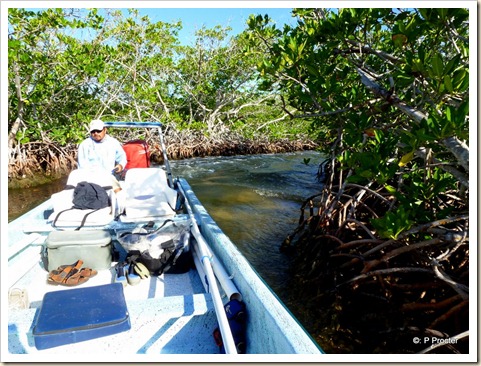 ~Sneaking through the mangroves looking for a nest of snook~

Although a north wind cools Ascension Bay, it certainly gets predatory fish in a feeding mood. Last year Steve Pengelly and I had a stint chasing snook which pretty much ended in disaster for the pair of us.  Still hurting over the loss of what would have been Steve’s first snook and my specimen that threw the hook, we decided to team up for another assault on this shy yet handsome creature.  An ambush predator snook rarely move far from cover so we headed close to the shore to hunt out any quiet corner or likely bolt hole.  I was first to score using a red and white tarpon bunny and then Steve broke his duck by landing this fine fish below.  Better still, more followed as three other snook were boated in this memorable session.

“The cat that got the cream”, Steve P displays his first ever snook. 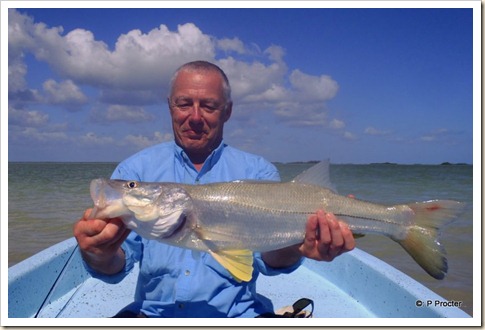 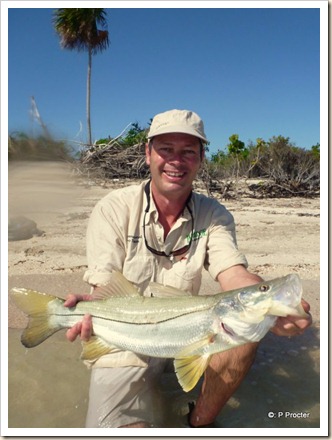