A Race against Time: 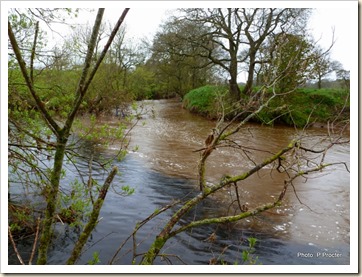 Tuesday’s rain pretty much scuppered the whole of Yorkshire.  I thought we’d got away with it as levels seemed normal.  However, come lunchtime a few tributaries where pumping in flood water and some fairly mucky looking stuff at that (right).  Scurrying upstream of these offending limbs, thankfully, clear water existed (bottom left on above photo), but with pelting rain, who knows for how long?  Just when you want flies to emerge the buggers delayed their hatch… It was now a race against time before a lifting river would spoil any hope of dry fly action.  Finally, a flush of olives showed shortly before 3pm, encouraging some pretty impressive trout to feed.  Sport lasted a good hour before a threatening spate had its say.  It’s frustrating watching rafts of olive drift by on angry currents the colour of oxtail soup, though several fish had been fooled, including a couple of thumpers…

~Solid trout like this beauty were in the offing, if you looked hard enough~ 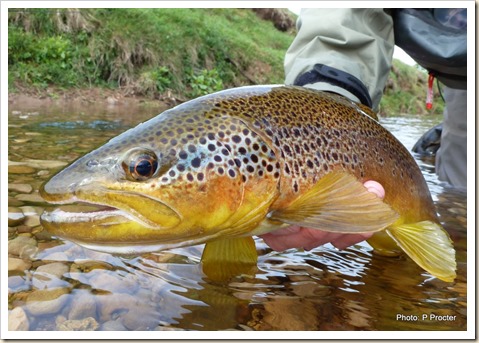 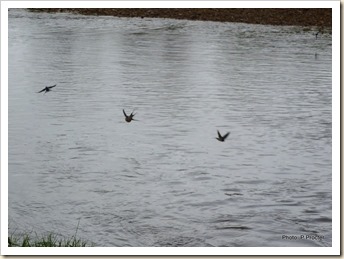 Despite heavy rain, swallows were working the water, indicating things were afoot 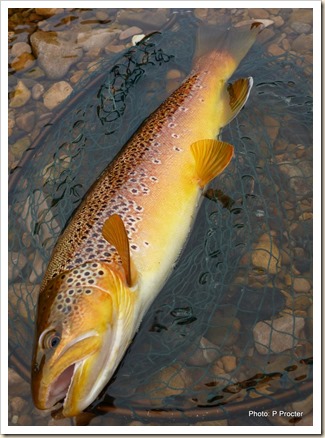 ~By 4.30 the water had turned a yucky brown, bringing an abrupt end to sport~ 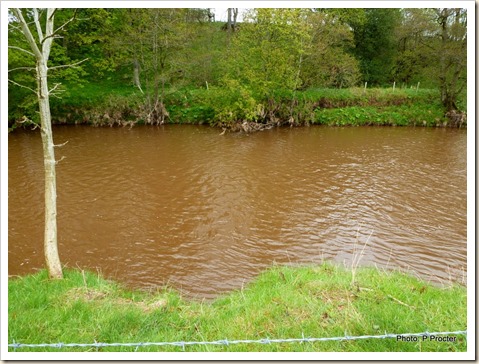