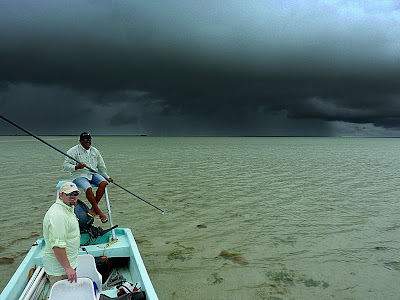 Taking the rough with the smooth!

If you spend any appreciable time fishing in the Caribbean, it's not all roses round the door as sooner or later you're going to run into some pretty nasty weather. Thankfully this often proves the exception rather than the rule, but nevertheless, be prepared. A cold front from the north brought with it threatening cloud and some pretty fierce winds. Obviously, being hardened fishers, we battled through 2 days of adverse conditions and despite murky water, it was still possible to find the odd fish.

~Graham hooks a baby tarpon in a riot of mangroves~ 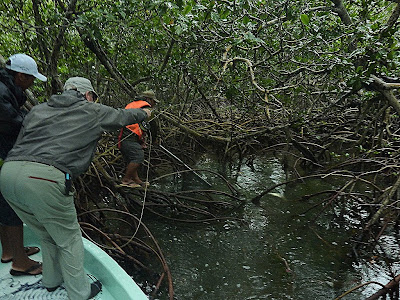 ~Such fish brighten up any dreary day~ 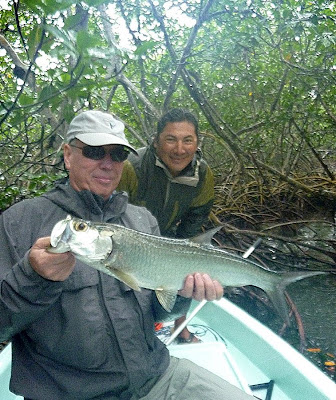