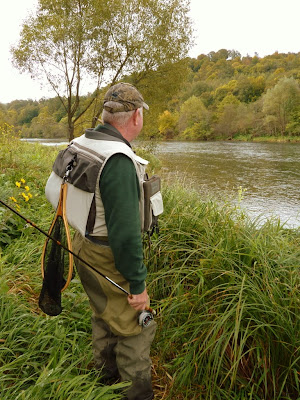 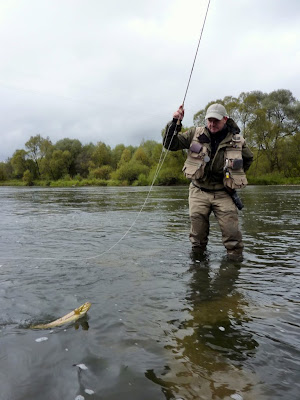 ~Liam Spencer about to net another San trout~
Hatch of a lifetime?
We were privileged to see the San produce what might be considered the hatch of a lifetime. Weather wise, nothing much had changed from previous days, but what we experience was beyond words. Nymphing aficionados Grant Breckell and Kevin Moran soon swapped their beadhead bugs for dry flies as BWO duns streamed off the water like no tomorrow, even the fish struggled to cope with such numbers of fly. Even Wojtek claimed, he'd only once witnessed a hatch nearing this. At the height of it, our tiny imitations appeared as the proverbial needle in a haystack. Our best chance came as the hatch subsided and once more, fish became catchable.
Paul~
~BWO duns littered the surface~ 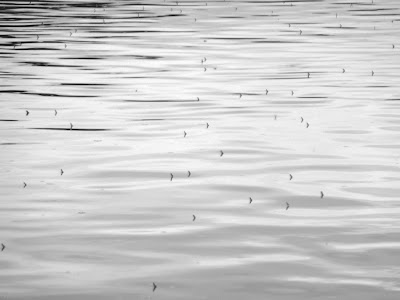 ~The rewards of perseverance-a cracking 2lb grayling for Liam~ 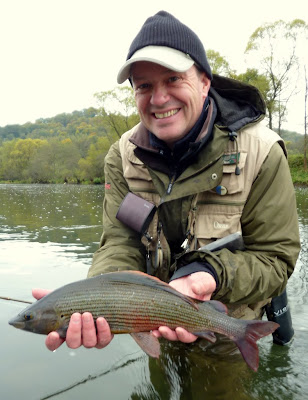