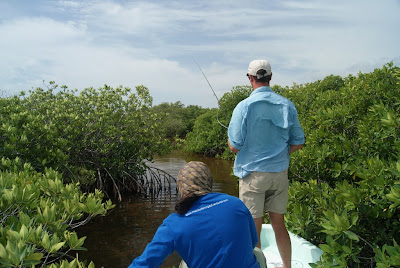 ~Poling deep into the mangroves~ 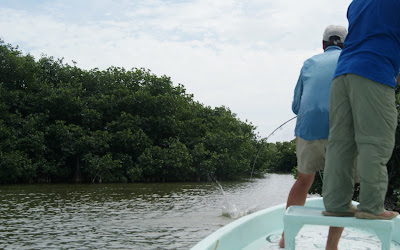 ~Even small tarpon are explosive when hooked~

Tangling with Tarpon:
Known as the "Silver King", ocean going tarpon can attain weights of 200lb and upwards. We were dealing with smaller fish but on a 9-weight outfit in the confines of a mangrove creek the whole epic is both explosive and brutal. Tony Riley and myself put a day aside to search exclusively for these tenacious creatures. Poling into a maze of mangroves we ended up deep in tarpon country where admittedly it seemed that many fish had their mouths stapled shut.... However, a little perseverance eventually paid off, that or tarpon came on the feed! Tony was first to strike when after some serious puffing and panting (well, he'd never been attached to raw power before), he boated a magnificent fish of some 25lb. I don't think he expected such an exhilarating fight. Then using size 1 whistler type flies we really started to nail fish-a day to remember.
Paul~
~Tony cradles his first ever Poon~ 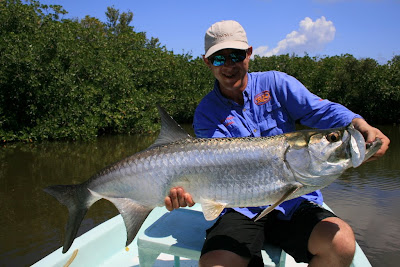 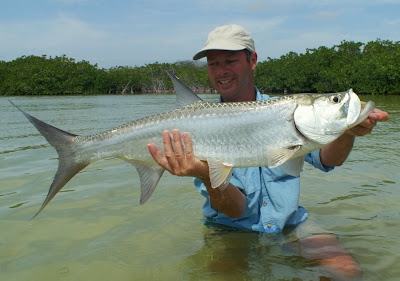