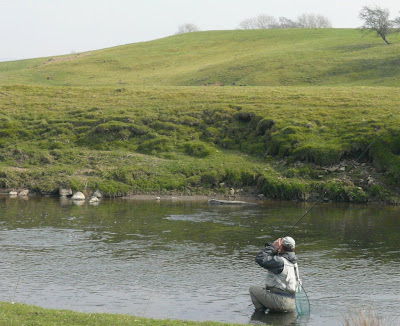 ~Game on-my first fish of the day is hooked~ 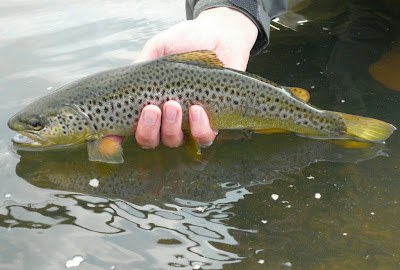 Calder smiles on us:

I was off to do an evening presentation for Mitre AA on Monday and by surprise found myself there several hours before the talk was scheduled to begin (well the clocks did alter at the weekend..!). Nothing for then but a spot of fishing on the nearby Calder with acclaimed artist Liam Spencer. Liam's' quite handy with a rod too and he was first to score by prising out a couple of modest trout using nymphs. Me, I was holding out for rising fish and despite being dogged by sunlight the hatch finally got underway shortly after 2pm. With care, it was possible to sneak close enough to trout before launching the usual attack. Things went according to plan and I managed to bag myself a few spring trout including a cracker of 2lb plus that was showing in slack water tight against the opposite bank. Late on, Liam came up trumps with a brute of over 3lb though he did nobble it using a nymph!

Paul~
~Certainly worth getting out of bed for~ 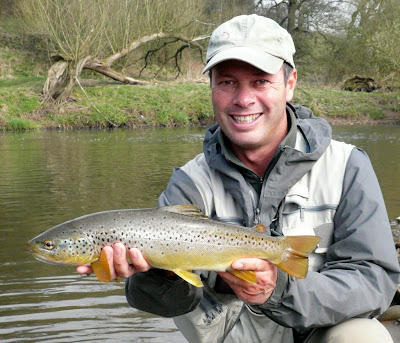 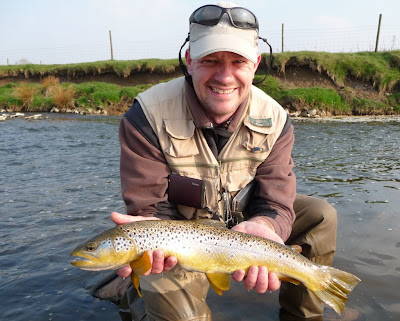