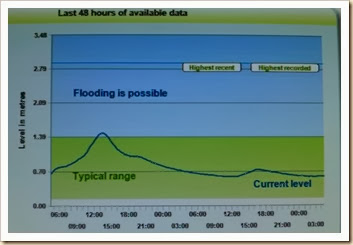 It’s been a while since the last blog, but in truth with river levels remaining high for weeks now there’s been little to report.  In fact, charts (right) read as an all too familiar story of peaks and troughs that refused to drop below 0.50m on my beloved Eden.  The last time I wielded a rod in anger was December 15th…  Thankfully, my mind has been occupied elsewhere, preparing for operation New Zealand next week, which I’ve christened “The Great Escape”, because let’s face it the odds of getting your string pulled here just now are zilch!  Thankfully, time usually spent wandering river banks got put to good use at my vice.  Fingers crossed the toils of my labour will be well rewarded down under when reports will be flying in thick and fast!!! 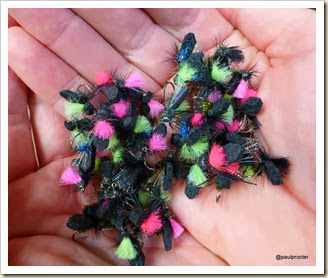 A wedge of foam finished off with rubber legs makes for a great cicada pattern.  Granted it doesn’t look up to much clamped in my fingers, but from beneath the profile screams “cicada” 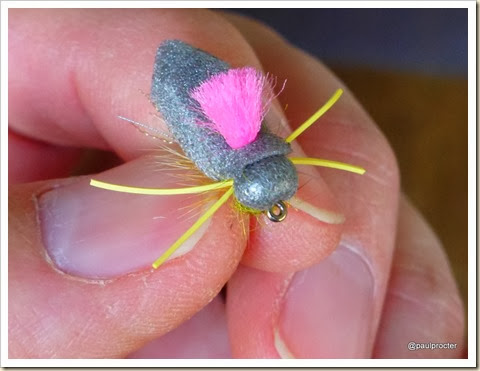