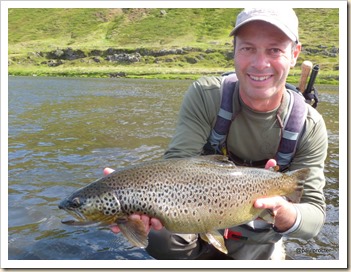 Despite being a bleak and barren place with only a short summer, Iceland produces some incredibly fat trout.  It all seems a bit of a paradox, especially when you consider that a single midge pupa equates to a mere pin head.  However Iceland’s frigid waters are capable of producing masses of midges which can be calculated in tonnes (weight) per day. And given 24 hours of daylight the fish literally gorge themselves round the clock.  The result is extremely plump trout that boast heavy shoulders and small heads.  The fish above measured all of 21 inches though weighed a massive 4lb 10oz, fat fish indeed. 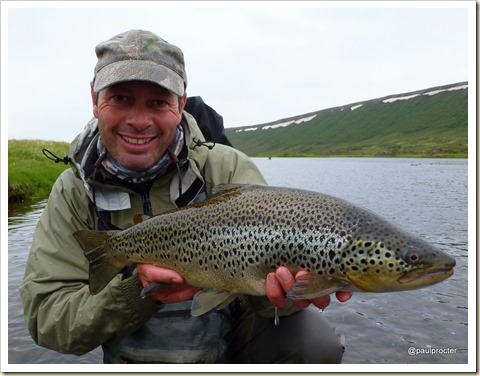