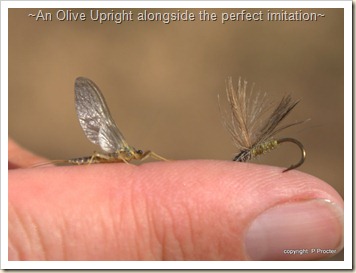 Apparently “It’s an ill wind that blows no good”.  On the face of it, never a truer word seemed to have been whispered during a visit to the Eden last week. A brutal nor’easter carrying arctic temperatures, brought overnight snow.  Granted the white stuff may well have melted by lunchtime but come 2pm (apparently the warmest part of a day) we were still suffering a windchill factor or –4 degrees C.  Amazingly some 30 minutes later Olive Uprights decided to trickle off.  Thankfully the trout seemed ju 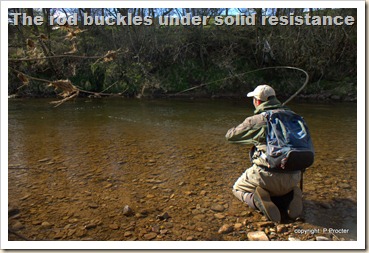 st as pleased to see them as us and finding a sheltered corner I managed to prise out a handful of fish on dries. Though sport did get restricted to some 40 minutes for just as quickly as they showed the duns were gone, taking with them any stragglers which cared to rise.    Paul~ 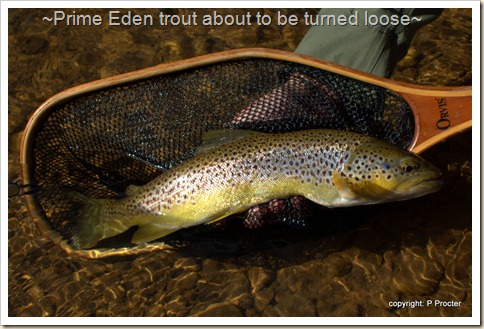