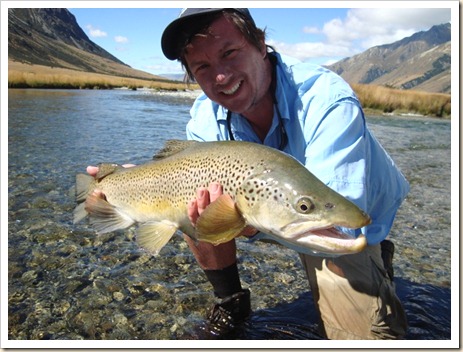 Once in a while (and I mean a while) a day comes along that pretty much blows everything else out of the water.  Fly Odyssey’s Mat McHugh followed his nose to a remote backcountry stream that according to many didn’t seem too promising.  However, always up for a punt, we decided to check it out.  Four of us split into two groups, one going upstream the other down.  The first couple of hours passed without incident, in fact, we were thinking of canning it when bingo…things began to happen.  What followed was something I doubt any of us will experience ever again.  Capturing one 8lb plus trout in a day is an achievement, but eight of them (including a trophy of 10lb 4oz for Dormer) is nothing short of extraordinary.  And that wasn’t counting a number of six or seven pounders either!  Struggling to come to terms with this incredible event a few cool beers helped us reflect.  One thing’s for certain, we have the place firmly etched in our brains and plan a return visit in 2013.  Anyone who things they can handle such an adrenalin rush should contact Mat quickly: http://www.flyodyssey.co.uk/ 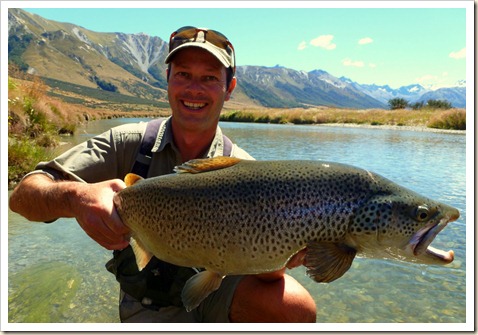 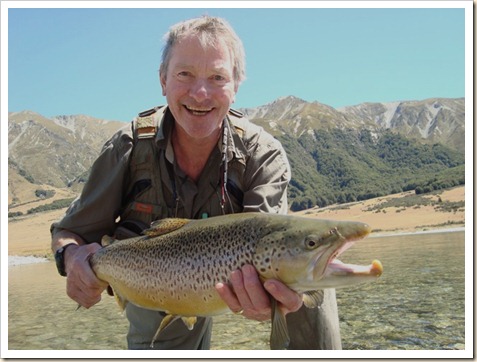