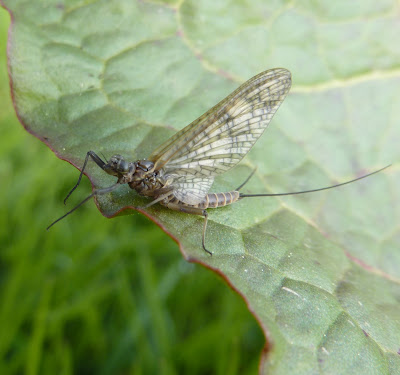 ~A March Brown dun pictured only days ago~
March Browns in May?

A visit to the north of Scotland this week saw flurries of March Browns. Amazing stuff really, as you'd generally experience hatches of this wonderful upwinged species during March and early April. One can only surmise that harsh winter weather delayed hatches by some weeks. In fact the branches of many trees up there are still looking bare with buds only just on the cusp of bursting open. Southern Scotland is currently enjoying bumper hatches of Grannom. And again these early season sedges can usually be seen in the third to fourth week of April. You won't hear me complain though, as such activity seems to have brought up some quality trout!

~Grannom find their way onto an angler's waders during egg laying~ 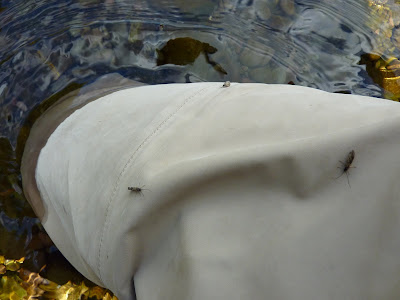 ~Grannom littering the surface brought up the trout~ 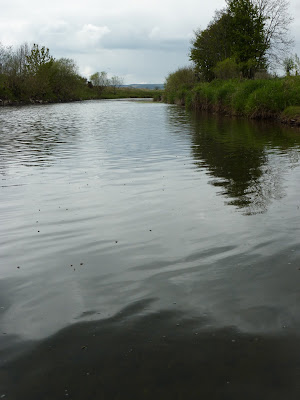